As a reminder from when I cooked the Roasted Whole Chicken in the last post, I made the chicken with freshly ground pepper, as I couldn’t get my hands on Szechuan pepper (a little out of my price range for the online places I found carrying it). Therefore my recipe won’t be exactly like Gordon Ramsay’s. Want to know what it tastes like if you can’t afford Szechuan pepper either and plan to only use ground pepper? Then this will be perfect for you.

First, I took this: 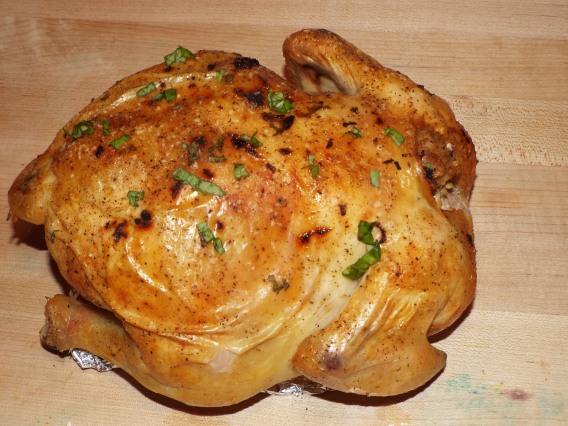 and stripped it of all its meat. All bones got tossed into a pot and used in the chicken stock that Gordon Ramsay instructs. I strained the stock so it looked like this: 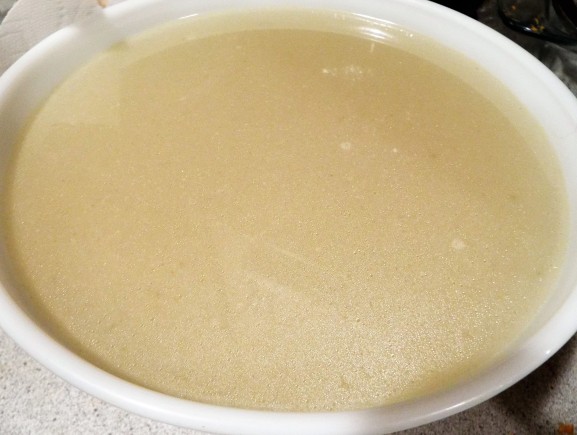 and then started working on the veggies. I’ve never had bok choy before, despite seeing it at the store week after week. I really wasn’t sure if I was going to like it, but that’s all part of this adventure – learning how to cook new things and broadening my understanding of food. Turns out, this bok choy mushroom saute was absolutely delicious. It was by far my favorite part of the meal, to the point where I’m determined to make it as a side dish in the near future. I could eat this saute all by itself like a salad. It was wonderful. I snacked on it all through the rest of the cooking. The bok choy was only very lightly sauted, keeping its crunch. The buttery mushrooms were perfect.

Next came the noodles. I scoured two stores for Udon noodles but no dice. I substituted a bag of long ramen in the same brand I usually buy my rice noodles. Through this recipe, I also discovered the misplacement of my meat fork – it appears I no longer have one. I definitely wanted to get that same shape he does with his noodles, so I grabbed a pair of chopsticks. A little trickier, but it worked even better than I expected. The crimped noodles got as close to the smooth noodle egg shape as was possible. 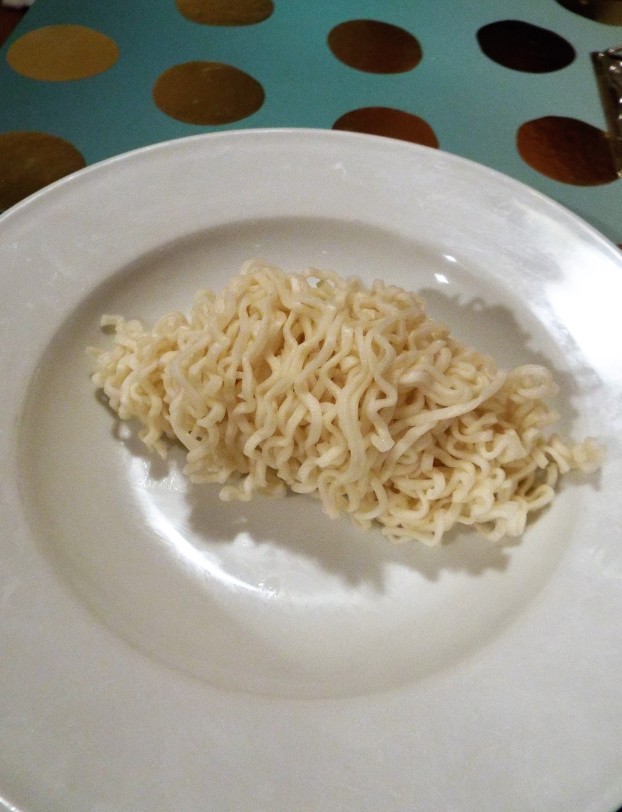 Sadly, I forgot the chicken breasts were supposed to have skin on for this recipe. Chicken skin is a big weakness for me and I ate it pretty soon after the whole chicken came out of the oven. So the finished dish shows a naked chicken, but it was still yummy!

I also did a kid version, where the chicken is shredded and incorporated with the rest of the soup. My 7-year-old thought this was a delicious meal and was in complete agreement about the bok choy, as she was snacking on it with me as I cooked. 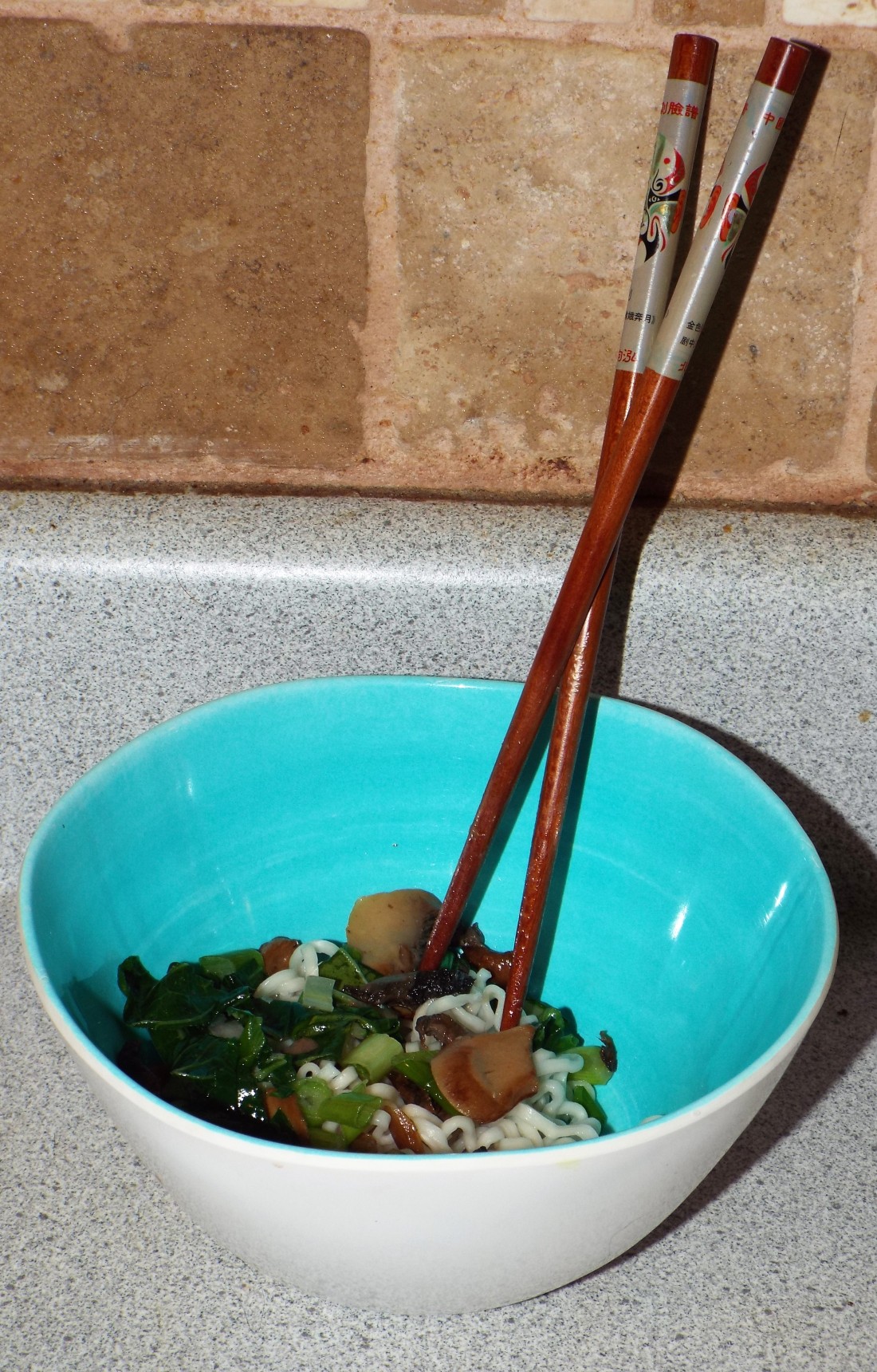 Highlights: I will definitely be making this soup again but I’ll also be making that bok choy saute as a new side dish for my Asian inspired meals. I enjoyed making my own stock, which is not something I’ve done in years and never under actual instructions (I just threw things in, really.)

Any Changes: The broth is meant to be light, but I’d like it a little richer with more seasonings next time. However, I might have added a bit too much water when making the stock so the extra light seasonings may have been due to dilution.

Grade: B+ My variations/mistake made this a little bland. While I probably won’t get szechuan next time due to price, I’d be more careful how much water I add to the stock to give it more flavor and definitely add that chicken skin in. The bok choy mixture went from fantastic out of the soup to losing most of its flavor inside.

Have you tried this recipe, with or without the szechuan pepper? Let me know your thoughts in the comments!

View all posts by Jill Keller

One thought on “Recipe #3: Gordon Ramsay’s Szechuan Chicken and Noodles”